Freedom, and a Home to Call His Own

David was born two months prematurely and spent the first months of his life in the hospital. He lived with his foster family throughout his school years, but significant limitations due to cerebral palsy made living at home difficult.

Though he had strong connections with his family, David and his parents knew he required a higher level of care than they could provide.

David moved to Hartley, an RSI ICF/DD, in 1985. He lived with 15 housemates and while he enjoyed his home and friends, he longed for more independence. After living at Hartley for 18 years, David attained another of his dreams living in a home of his own.

In 2004, David moved into a supported living setting at RSI Jefferson, where he now has his own living room, bedroom, bathroom and kitchen. Here, David learned independent living skills, such as cooking, that he takes pride in. David also talked to RSI staff about one of his ultimate dreams: to find someone special to share his life with. With RSI’s encouragement and guidance, David now has a girlfriend of six and a half years. David is able to have his girlfriend spend weekends, and the two do what all couples enjoy watch movies, share meals and invite other couples over. Staff help David plan menus, shop for groceries, clean, and prepare parts of his meals. David has a deep love for his family and is able to host family dinners and barbecues.

David has also been encouraged to pursue his entrepreneurial goals. His love for music inspired him to become a DJ. With staff support, David designed t-shirts, business cards and flyers to market his services. Staff assist David in making business phone calls and help him set up at DJing events, including Grandma’s Marathon, graduation parties and Arc Northland picnics. David also owns and operates a business selling nutritious snacks to Udac employees.

David is a strong advocate for people with disabilities and while residing at the ICF/DD staff encouraged David to enroll in Partners in Policymaking through the Minnesota Governor’s Council on Developmental Disabilities to improve his self-advocacy skills.

Through the course, David lobbied for, and was instrumental in getting, sidewalks along Arrowhead Road so that he and his housemates could go for walks right outside their front door.

When asked how RSI’s services have impacted him, David said, “RSI changed my life tremendously. I never had a place where I could have my own freedom. 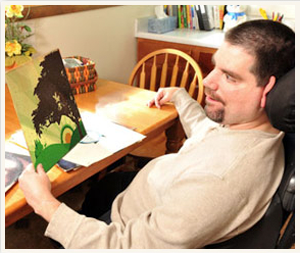 “RSI changed my life tremendously. I never had a place where
I could have my own freedom.” 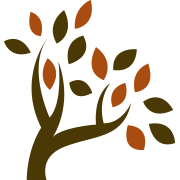