In 2018, RSI was awarded a two-year innovation grant through the Minnesota Department of Human Services to develop tools and processes for matching the people we serve with people from communities across the state for the purpose of building relationships that provide community connections and integration. We believe that those connections can develop into powerful relationships that will benefit the people we support and the people they meet. We understand that we as advocates have a duty to honor the people we support and share their amazing abilities to the benefit of the larger community.

Utilizing his training in Person-Centered Thinking and research from Angela Novak Amado, John McKnight, Mike Green, and Beth Mount, our Community Connector has created a tool that allows a person to share their talents, relationships, hopes, and dreams. Using the discovery tool and observation skills we are able to find themes of what is important to a person.

Our hope is to create a culture of inclusion and kinship where we are able to see the gifts and abilities in each person and allow the power of the human heart to create lasting friendships. 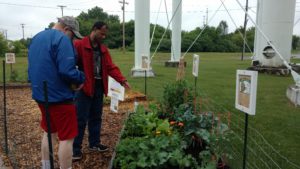 Jeff Mortimore sees this position as an amazing opportunity to witness the change in the lives of others, and more importantly, the impact on a community and its members. His background in business, education, sales, and human services has prepared him for the challenge of changing perspectives, establishing new networks, and presenting this program to the communities we live in. 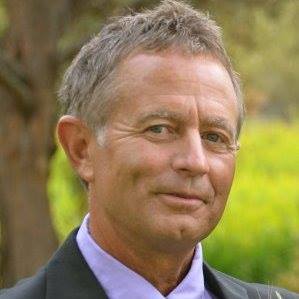 Jeff’s position is an important liaison between individuals receiving services, caregivers, guardians, and community members. He strongly believes that every person belongs and has contributions to make and unseen gifts to give to the community.

“It is humbling to establish trust and vulnerability with an individual and to be allowed to be a part of their life, dreams, and hopes. It’s an incredible experience to see those skills be honored and included into the fabric of community.”

Read more about Jeff’s work on our blog.

Javid’s Story: The Long Road to Hope and Home

Javid’s earliest memory of Calcutta, India is running around the streets with his two brothers and two sisters. His home was a temporary shelter and his primary responsibility was to sit and beg for the food that his family needed to survive. Javid had to sit in a very awkward position that left his spine curved as well as open sores from the constant friction. When he was only six years old, he developed symptoms of post-polio and spinal cord damage.

“I remember that I went to bed one night and when I woke up the next day, I couldn’t move at all.  It was like a very bad dream,” he said.

Realizing that she couldn’t support her child anymore, Javid’s mother brought him to the hospital and left him in the care of the staff there.  “That was the last time I ever saw her, but I did have the support of my grandmother while in the hospital,” he said. While he received treatment, he was asked if he might be interested in being adopted by an American family. The International Mission of Hope was an American adoption service that was stationed in Calcutta and had assisted in many successful placements. “My grandmother assumed that I was to go to a very rich country where I would get all the care I needed.”

Jackie of Sturgeon Lake, Minnesota had worked with the Mission before and had adopted another Indian child through their services. When contacted and asked if she might be interested in adopting Javid, she agreed. It took nearly a month to arrange all paperwork, but Javid arrived in Minnesota shortly thereafter. However, his healing journey was just beginning. He was hospitalized at Gillette Children’s Hospital in St. Paul many times for various corrective surgeries. Perhaps it was in this process that Javid built the resilience and faith needed to move forward in his journey home.

Javid was homeschooled at the Moose Lake School with several other children. He was able to learn English as a second language as well as sign language. At age seven, he was enrolled in public school.  At this point, he was still struggling with his health and language and was moved into special education. “We fought so many battles with the school district, Jackie said. “He was basically given busy work for long periods of time.” At this point in her life, Jackie was running her family farm and juggling the duties of attending to seven adopted children. 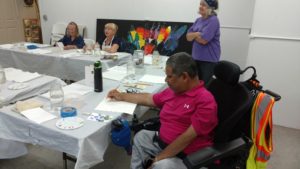 A year later, Jackie married a man from Montana and she moved the family to Sheridan, Montana. Life in Montana was rustic and yet adventurous. They lived on a remote ranch that covered nearly 20 acres.  She remembers how Javid would take his wheelchair onto logging roads and setting out for adventure. Javid was now a young, impressionable man and still acclimating to the many changes he had already experienced in life. When he was given some questionable advice, he decided to emancipate himself at the age of 17. He immediately moved out and was given a home in a nursing facility.  “It was very, very hard. I kept thinking of my Mom and my decision. It wasn’t home,” Javid recollects.

The group home that he was assigned to provided minimal care and support, and he was traumatized by sexual and financial exploitation while there. An investigation was initiated by the State of Montana, and Javid was moved to a new city.  Life got better in Helena, Montana. Javid received services and support through Family Outreach of Montana, including his own apartment for the first time. “I enjoyed my first real apartment, and I felt that I was getting the services that I really needed. It was the best time of my life.  I was going places and had a good caregiver, they were providing quality care,” he said. Javid was named to the Board of Directors for Queen City Estates, an agency that provides accessible efficiency and housing for persons with disabilities. Javid was also enjoying his first ever job at Helena Industries.

Staffing changed at Family Outreach, and Javid began to struggle with his wound care once again.  Eventually, his health deteriorated and he was sent to a nursing home. “This became one of the worst times of my life. I was so depressed and full of anxiety and had no one to reach out to. They really didn’t know what to do with me. I just wanted to close my eyes and not wake up,” he said.

“I had one last fight in me, so I picked up the phone and called my mom to tell her I wanted to come home.” It had been nearly three years since he had seen her, and she had since moved back to Minnesota. However, his mother didn’t hesitate to answer the call and bring him home.

Due to his poor health, Javid was moved to Eveleth Nursing Home before being able to move back into his family home. Both he and his mother began researching options that were similar to the services he enjoyed at Family Outreach. “Of course, I wanted to be closer to my mom, and I wanted to live in a small community. I was touched by the person-centered philosophy of RSI, and I wanted more for my life,” Javid said. Javid was home, and he was allowed to move about in his new community of Cook, Minnesota. However, his wounds grew worse and he once again had surgery that left him confined to his bed.

Though the cycle of wound care continues, Javid remains resolute. “I am in the right place, and I now have the right people in my life,” he said. Community is important for Javid. Upon meeting him, it is clear that he is a people person and his smile will light up a room. Javid still dreams of skiing again for Courage Kenny and meets regularly with his friends from Northwoods Arts, who come to his home and help him with his painting. His dream is to share his journey with others and become more involved in advocacy for persons with disabilities.  He is always looking forward, always looking beyond the world of disability, and eager to share his abilities and joy with others.

“I was touched by the person-centered philosophy of RSI, and I wanted more for my life.“