“You learn from a conglomeration of the incredible past – whatever experience gotten in any way whatsoever.” –Bob Dylan

Many of us have seen a great deal of change in the last few months. For some, it’s been a bit too much change! However, I can guarantee you that change is one of the few things we can count on next to death and taxes, as they say. When we’re in the midst of change, it can result in a smorgasbord of emotions. Grief, anger, fear, isolation, and anxiety being just a few of the negative effects on the body and soul. But, change can also evoke excitement, motivation, power, and purpose. Depending on what path you choose to take.

My wife and I are about to head out on one of the first big adventures we have experienced in years. Moving to Duluth nearly four years ago was perhaps one of the greatest adventures in my life. I had to make some personal changes during this transition, leaving behind a life that was lived entirely in the West. I was warned in advance about the bugs, the humidity, the bone-chilling cold, and of course, the hot dishes. However, nothing prepared me for the remarkable beauty of the open waters and the rolling hillside that would become my home.

It wasn’t an easy transition, as I had to leave behind the comforts of a life lived so long in one place. My family, friends, sagebrush, and mountains were all left in the rearview mirror. When I close my eyes, I can still feel the solace of open spaces. However, this is not a soliloquy on sentimentality, but rather about the inspiration that change can enact on the soul if you are open to it.

Change is often seen as a problem, an unnecessary intrusion into our life of comfort. We long for comfort. However, when people are busy making change they don’t often step back just that little bit to think about the process itself.

The beginning of change starts in the pre-contemplation phase. This is a very active phase, where one senses the winds of change, but still doesn’t see the potential threat or problem to themselves.  Pre-contemplators will often underestimate the value of change and overestimate the challenges and problems that come with it. They may also downplay or deny the magnitude of the problem. In other words, change is on the horizon but has yet to show up in a more personal way.

The next stage of change is contemplation. At this stage, people are seeing the bigger picture and paying more attention to those who have succeeded. They are weighing the consequences of changing versus the consequences of not changing. “Can I do this? What will be the cost? How bad is the problem really? Could I get away with not doing anything?” Contemplators can be ambivalent and put off making any necessary changes. However, putting off action can also create an unseen tension in thinking change is possible. This tension can push people back to the pre-contemplation phase of reevaluation or it can result in taking action towards the change.

Eventually, change can evolve to the point where action is necessary to adapt. This is the stage that people are very familiar with because it is the most visible stage. If someone is forced into action without going through the previous stages, they will often struggle and resist. And, as they say, “the real struggle with change is in the resistance.” The action stage can be broken down into stages as well, but generally successful change requires consistency and continued effort. This stage requires a commitment to stay focused and work actively at making changes. Creating new habits requires this effort.

I’m sorry to say that the change process is a never-ending cycle, as much as we tend to resist. I really struggle with the cliché “be in the moment.” But, it is often in the moment where we are truly effective and objective. Yes, there is the issue of goals and dreams. However, when we can adjust to the winds of change and the storms of the moment, we can take action and we can adapt. So, as we head off on our new adventure, I can’t focus on the weather, the possibility of a flat tire, or an overbooked campground.  Instead, I can only prepare my heart for the wonders that change can provide. The open road, the sudden downpour, the chartreuse sunset, and the grasslands of North Dakota. I’ll see you when we get back, and I guarantee you I will be a changed man. 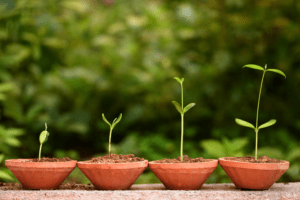 Learn more about Jeff’s work at RSI on our Community Connections page.